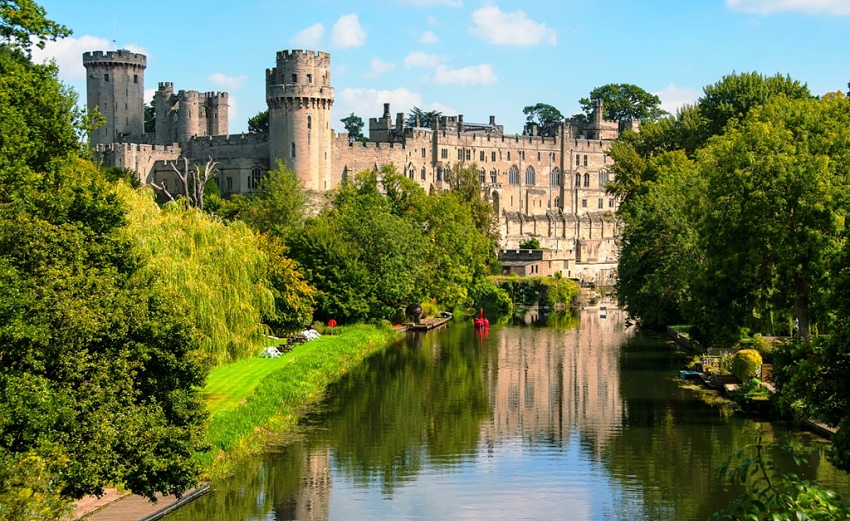 If you’re choosing a city break destination, Birmingham might be your unassuming hero. Best known for its bustling business, industrial background and hardworking ethics, the second biggest city in the UK also has a fun and playful side full of arts, music, culture and entertainment, perfect for a break exploring a new destination without travelling for hours.

Birmingham can be found within the West Midlands, a county full of character. With a population of just over one million residents it is the biggest city outside of London, and also the largest. Due to this it draws the attention of a wide number of travellers from around the world. The soul of this city really started with the Industrial Revolution, where it earned its place at the forefront of scientific developments. Now, it attracts the creative and the innovative, fuelling their minds with a wide variety of museums, parks and beautiful music halls.

Although you can fly directly into Birmingham from a number of American cities, most people fly into London and then go on to Birmingham from there. Located 100 miles north of London in the area of the West Midlands, it’s roughly 90 minutes by train. If you want a personalized — and classy — ride to the city, consider hiring a chauffeur service such as Cars Exec. You can get an airport taxi transfer from London to Birmingham, or start out from your hotel and take the chauffeured ride from there.

Museum of the Jewellery Quarter

Another attraction based in the Jewellery Quarter, this museum displays collections of locally crafted jewellery and has a full programme of adult and family workshops all year round. The story of the historic Jewellery Quarter is told in a fully interactive exhibit, where visitors can learn how the area came to have its own assay office.

With over 400 jewellery retailers and workshops, the Jewellery Quarter in Birmingham is the ideal place to lose yourself among glittering precious jewels or even custom design your own jewellery. This historic shopping area dates back over 200 years and is a Conservation Area with more than 200 listed buildings. At the heart of the Jewellery Quarter stands the iconic Chamberlain clock and a short walk from this landmark is the captivating Museum of the Jewellery Quarter giving you a glimpse into the area’s past.

Visit the fascinating Newman Brothers Coffin Works and see how the factory would have looked in Victorian times and the 1960s. Recently refurbished, The Coffin Works provided coffin furniture for the funerals of Sir Winston Churchill, Neville Chamberlain and the Queen Mother. After a day of exploring the sparkling shops and quirky museums, relax and unwind in St Pauls Square. The Georgian square has a vast array of independent bars and restaurants, a perfect place to sit back and soak up the elegant architecture.

Home to the mac theatre and the Birmingham Wildlife Conservation Centre, Cannon Hill Park is made up of 80 acres of formal parkland and 120 acres of conservation and woodland plantation. Visitors can fish, rent a pedalo, or enjoy a game of tennis or mini golf, and there are two children’s play areas on site as well as a mini fun-fair on weekends. In summer, Cannon Hill Park hosts the annual Foodies Festival, as well as a host of other family events.

It’s free to get into Birmingham’s main city centre museum and gallery. Here you can find the Staffordshire Hoard as well as the world’s largest collection of Pre-Raphaelite art, local history collections, and artefacts from Ancient Greek, Roman and Egyptian cultures.

There are charges for temporary exhibitions within the museum but all other exhibitions, including the Staffordshire Hoard, are free of charge. You can sit down for drinks, snacks and meals in the museum’s beautiful Edwardian Tearooms. To mark the 500th anniversary of the death of Leonardo da Vinci, 12 of the Renaissance master’s drawings from the Royal Collection will be shown here from February 1 to May 6, 2019, as part of 12 simultaneous exhibitions across the UK.

A unique Edwardian era site, Winterbourne House and Garden is situated in Edgbaston near to the University of Birmingham campus. Events there include art exhibits, theatre, craft workshops and live music — something for everyone. The main building was built in the Arts and Crafts style for John and Margaret Nettlefold in 1903, and has its own rustic outbuildings, large gardens, and even a selection of 19th-century printing presses.

Hidden away inside the historic Aston Webb building on the University of Birmingham campus, the Lapworth Museum of Geology has recently undergone a huge £2.7m redevelopment and is now shortlisted for an Art Fund Museum of the Year Award. Allowing students, researchers and the general public alike an opportunity to examine 250,000 geological specimens, the Lapworth museum encourages visitors to consider how the Earth formed and changed through time, and how life on earth has developed and evolved since then. You’ll find more England tourism information in this article on my site.

Birmingham’s Jewellery Quarter was once home to over 100 factories manufacturing the ‘Birmingham pen‘ — now it’s home to this museum that tells the tale. Housing over 5000 objects, visitors can learn how Birmingham’s steel pen trade supplied 75% of the world’s pens during the 19th century. The museum also runs a range of calligraphy classes in the CalliCreative Room, designed for both beginners and more experienced calligraphers.